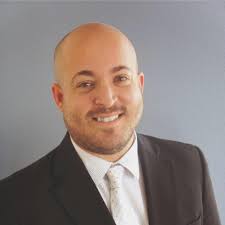 Giovanni Santos (b. 27 September 1980, Puerto Rico) is an Hispanic American composer and educator.

Professor Santos is the son of a Cuban father and a Dominican mother. He was raised in Puerto Rico before moving to San Diego, Calif. He is a graduate of La Sierra University (B. Mus) and earned his MM in music education from the University of Southern California’s Thornton School of Music, where he was also a scholarship trumpet student. Santos had the privilege of studying trumpet with Richard Hofmann, Boyde Hood, and Donald Green.

Mr. Santos serves as assistant professor of music and director of wind and percussion studies at La Sierra University, Riverside, Calif., where he directs the university wind ensemble, chamber winds, big band, and teaches courses in instrumental music education, popular music, and conducting. For seven years, Professor Santos had the privilege of leading the band department at Loma Linda Academy, where he led their wind symphony in performances across the United States and Europe.

He has been published by the International Trumpet Guild Journal on two occasions.