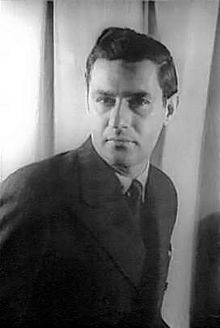 Menotti began writing songs when he was seven years old, and at eleven wrote both the libretto and music for his first opera, The Death of Pierrot. He began his formal musical training at the Milan Conservatory in 1923.

Following her husband's death, Ines Menotti went to Colombia in a futile attempt to salvage the family's coffee business. She took Gian Carlo with her, and in 1928 she enrolled him at Philadelphia's Curtis Institute of Music, but she returned to Italy. Armed with a letter of introduction from the wife of Arturo Toscanini, Gian Carlo studied composition at Curtis under Rosario Scalero. Fellow students at Curtis included Leonard Bernstein and Samuel Barber. Barber became Menotti's partner in life and in work, with Menotti crafting the libretto for Barber's most famous opera, Vanessa, which premiered at the Metropolitan Opera in 1958.

It was at Curtis that Menotti wrote his first mature opera, Amelia Goes to the Ball (Amelia al Ballo), to his own Italian text. Like Wagner, he wrote the libretti of all his operas. His most successful works were composed in the 1940s and 1950s. Menotti also taught at the Curtis Institute of Music.

Menotti wrote the libretti for two of Samuel Barber's operas, Vanessa and A Hand of Bridge, as well as revising the libretto for Antony and Cleopatra. His first full-length opera, The Consul, which premiered in 1950, won both the Pulitzer Prize for Music and the New York Drama Critics' Circle Award for Musical Play of the Year (the latter in 1954).

In 1951, Menotti wrote his Christmas opera Amahl and the Night Visitors for NBC. It was the first opera ever written for television in America. The opera was such a success that the broadcasting of Amahl and the Night Visitors became an annual Christmas tradition. It remains Menotti's most popular work to this day. Menotti won a second Pulitzer Prize for his opera The Saint of Bleecker Street in 1955.

Menotti also wrote several ballets and numerous choral works. Notable among these is his cantata The Death of the Bishop of Brindisi, written in 1963, and the cantata Landscapes and Remembrances in 1976 – a descriptive work of Menotti's memories of America written for the United States Bicentennial.

Although he often referred to himself as an American composer, he kept his Italian citizenship. He founded the noted Festival dei Due Mondi (Festival of the Two Worlds) in Spoleto in 1958 and its American counterpart, Spoleto Festival USA, in 1977.