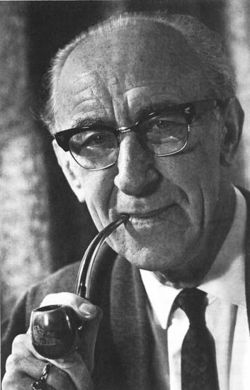 Boedijn's father was a gunsmith and instrument maker with the batallion band in Hoorn. In 1897, the young Gerard would visit the barracks with his father, listening to the band. On occasion, Gerard would be allowed to play drums with the band, and it is this that attracted his attention to following a musical path. In 1898, his father obtained a violin for him, and he had a few lessons with the leader of the band, Major Hardorff. He then continued his studies in the town music school. Beginning in 1900, he began to teach himself to play a number of wind instruments, including flute, piccolo, clarinet, and later, saxophone and the brass instruments.

At the age of 8, Boedijn began to compose duets for violin, and he continued his violin studies at the Toonkunst Music School in Amsterdam. In 1914, at the age of 21, he was appointed teacher of violin, theory, and chamber music at the music of school of Jenny Goovaerts in Maastricht. Boedijn remained in Maastricht for three years, and in 1917 he returned to Hoorn, where he worked as a free-lance composer, pedagogue, violin teacher, and conductor.

In September 1932, Boedijn established himself permanently in Hoorn. He was active as a composer, music critic, pedagogue, director of a large chorus, and writer and speaker on musical subjects. He also appeared widely as a violin soloist and played in a number of chamber music ensembles.

At a young age, Boedijn discovered that the band offered a wide variety of musical timbres, and their limitations. At this time, the main repertoire of most bands was transcriptions of works written for other musical media. In 1938, Boedijn came into contact with Piet Molenaar, who asked him to write the march Gammatique, which he then published. This was followed by a series of compositions for band that gained him notice not only in the Netherlands, but also internationally as well. Initially, these “modern” works were met with resistance from both players and public, but conductors continued to program his music, and his works Partita Symphonique and Halewijn were accepted as standards.

As a composer, he gained great fame not only for the works he wrote for amateur band and fanfare band, but also for his music for carillon. Boedijn created a number of arrangements and original works for amateur bands. American bands played his music from the beginning, and recognition soon followed in Germany, France, and Belgium, but recognition of the value of his music in the Nehterlands was not immediate. Today he is viewed as one of the pioneers of original music for band.

During his career, Boedijn was director of ten bands. After 1940 until his death, he was active as an adjudicator and examiner for the KNF, and he also was a member of the Association of Orchestra Directors. He received a number of awards from local and regional governments and radio stations. In 1957, he received the state prize from the Department of Instruction in Wetenschaap for his Landlijke Suite. In 1958, he was awarded a prize from the town of Visser for his Introduzione Rhapsodique. In 1959, he was named a Knight in the Order of Oranje Nassau in recognition of his work in the development of band music. He also was made honorary members of the KNF and the Association of Orchestra Directors.