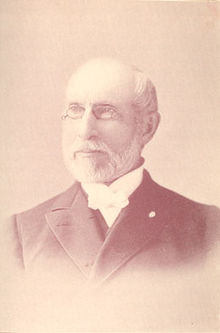 Root left his farming community for Boston at 18, flute in hand, intending to join an orchestra. He worked for a while as a church organist in Boston, and from 1845 taught music at the New York Institute for the Blind, where he met Fanny Crosby, with whom he would compose fifty to sixty popular secular songs. In 1850 he made a study tour of Europe, staying in Vienna, Paris, and London. He returned to teach music in Boston, Massachusetts as an associate of Lowell Mason, and later Bangor, Maine, where he was director of the Penobscot Musical Association and presided over their convention at Norumbega Hall in 1856.

Root would spend most of his career (when not writing, or helping to manage his publishing company) traveling and teaching at Musical Institutes that move from town to town. He was instrumental in developing mid- and late-19th century American musical education. He was a follower of the teachings of Emanuel Swedenborg.

On his return from Europe, Root began composing and publishing sentimental popular songs, a number of which achieved fame as sheet-music, including those with Fanny Crosby: Hazel Dell, Rosalie the Prairie Flower, There's Music in the Air and others, which were, according to Root's New York Times obituary, known throughout the country in the antebellum period. Root chose to employ a pseudonym George Wurzel (German for Root) to capitalize on the popularity of German composers during the 1850s. Besides his popular songs, he also composed gospel songs in the Ira Sankey vein, and collected and edited volumes of choral music for singing schools, Sunday schools, church choirs and musical institutes. He also composed various sacred and secular cantatas including the popular The Haymakers in 1854. Root's cantatas were popular on both sides of the Atlantic throughout the 19th century.

Building on his talent for song-writing, Root moved to Chicago, Illinois, in 1859 to work for his brother's music publishing house of Root & Cady. He became particularly successful during the American Civil War, as the composer of martial songs such as Tramp! Tramp! Tramp! (The Prisoner's Hope), The Vacant Chair, Just before the Battle, Mother, and The Battle Cry of Freedom. He wrote the first song concerning the war, The First Gun is Fired, only two days after the conflict began with the bombardment of Fort Sumter. He ultimately had at least 35 war-time "hits", in tone from the bellicose to the ethereal. His songs were played and sung at both the home front and the real front.