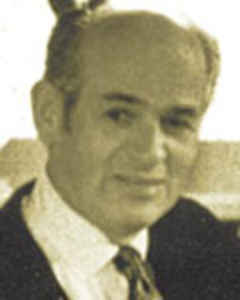 Bassman was later raised in Boston and began studying music at the Boston Conservatory while still a boy. He studied orchestration and composition formally, but in his teens he left home against his father's wishes to play piano in an itinerant jazz group, and subsequently worked as an arranger for Fletcher Henderson in New York.

Through that gig, he became part of the burgeoning swing/big band scene and was soon writing songs as well. Bassman peaked in that career when he and Ned Washington wrote I'm Getting Sentimental Over You for the bandleader Tommy Dorsey. Bassman also worked in radio as an arranger for Andre Kostelanetz, and made the move to Hollywood in the mid 1930s.

Among his earliest film jobs was orchestrating the Gershwin songs in the Fred Astaire movie A Damsel in Distress at RKO. He later went to work at MGM, where he composed music for the Marx Brothers vehicles A Day at the Races, Go West, and The Big Store, as well as writing or arranging music for such musicals as Lady Be Good and Cabin in the Sky. He also worked on Metro-Goldwyn-Mayer's 1939 musical The Wizard of Oz, Babes in Arms, and For Me and My Gal.

Bassman's career was interrupted in the midst of the Red Scare, however, when he admitted in testimony before the House Un-American Activities Committee that he had been a member of the Communist party. Bassman left Hollywood after the studios closed their doors to him and returned to New York where he found the theater still open to him. Ironically, although Hollywood was closed to him, Bassman was able to work in television in its early days, as a composer for various live shows and also as a conductor; he eventually composed the music for the live television anthology series Producers' Showcase as well. He also quietly kept his hand in movies, where independent producers were willing to hire him.

Later in life, however, Bassman was out of music and died in obscurity.