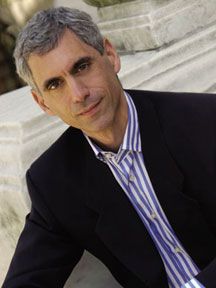 Gary Schocker (b. 18 October 1959, Easton, Penn.) is an American flutist, composer and pianist.

Schocker began his musical career on piano, making his recital debut at the age of three. By the time he was ten, he had added flute to his musical studies. Schocker made his professional debut as a flutist at the age of 15, appearing as soloist with both the Philadelphia Orchestra and the New York Philharmonic, thus establishing a name for himself even before attending The Juilliard School and winning numerous prestigious competitions, including the National Flute Association’s Young Artist Competition, the New York Flute Club’s Young Artist Competition, the East and West International Concert Artists Competition, and Young Concert Artists Competition. In 1988, he cemented his reputation as a versatile performer by filling in, with only a few hours’ notice, for an ailing Jean-Pierre Rampal in a performance of the Mozart D Major Concerto with the New Jersey Symphony Orchestra, composing new cadenzas in his head on the way to the concert hall.

As a flutist, Mr. Schocker has performed with many of the world's great orchestras, including I Solisti Italiani, the Dallas Symphony, and the New Jersey Symphony. He has performed in recital throughout the United States, Australia, New Zealand, Colombia, Panama, Taiwan, Germany, France, Canada, and Japan. He often appears in concert with guitarist Jason Vieaux.

In addition to being the most published living composer for flute, Gary Schocker has composed sonatas and chamber music for most instruments of the orchestra. He also has written several musicals and children's musicals, including Far from the Madding Crowd and The Awakening.

Mr. Schocker teaches many students who travel to his home bases of New York City and Easton, Penn, and many others in master classes throughout the world. He is currently on the faculty at New York University.