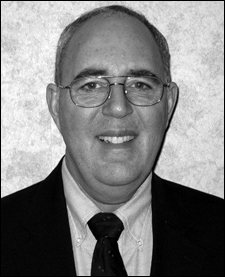 Growing up in Pinellas County, Florida, Mr. Gazlay began the study of piano at age five. His junior and senior high school band directors influenced him to study to be a music teacher. In 1970, he won the Henry Fillmore Composition Award sponsored by the Florida Bandmaster’s Association. Gazlay studied at the University of South Florida.

In 1974, he accepted a music teaching position in the Madison (Fla.) Public Schools. He has taught music in public schools for 35 years, and currently teaches instrumental and general music in Madison County Central School, and coordinates music in a local church.