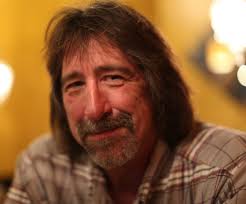 Gary Gackstatter (b. 1959) is an American artist, composer, conductor, clinician, performer and teacher.

Gackstatter holds a BME from Southwestern Oklahoma State and a MMP/Conducting from Wichita State University. He teachesat STLCC Meramec as Coordinator of Music and conductor of the Symphonic Band and Meramec Orchestra since 2007. He has served as conductor at Cowley College, Southwestern College and Wichita State University, and has 12 years of public school teaching experience. Gackstatter has served as a state and regional MENC Composition Chairman.

Gackstatter has been the clinician/conductor for district and state festival bands, orchestras and jazz bands, as well as over 200 high school band and orchestra clinics since 1990. An active performer, Gackstatter has won the WSU Concerto-Aria competition, and has toured and recorded as a soloist and member of the 5 Man Trio, with five CDs of original acoustic music, performing on acoustic guitar, bass, mandolin, trumpet and trombone. A two-time Kansas Governor’s Arts Award recipient (as an individual artist/musician and as conductor of the Winfield Regional Symphony), he is directly responsible for many art events including symphonic debuts, band/orchestra festivals, internationally known guest artists, and projects combining multiple art forms. His published compositions are performed internationally and his vision to combine the various arts genres in performances has gained national attention.

Gackstatter has composed five symphonies combining music with other arts, and has arranged symphony debuts for Three Dog Night, Kansas, and the Paul Winter Consort, among others. He has conducted premiere performances of Elmer Bernstein film scores To Kill a Mockingbird, Great Escape, and two symphonies by cellist Eugene Friesen, Grasslands and Carl Sandburg’s Prairie, which combine symphony, dancers, masked actors, choir and artworks.