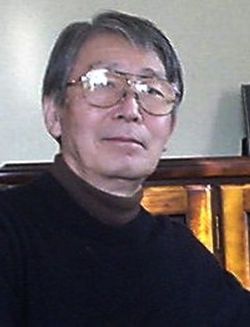 This piece took seven years from 1992 to complete. It is rearranged from the soundtrack of Giant Robo, an OVA [original video animation] under the charge of Masamichi Amano.

Giant Robo is an original video animation series based on Yokoyama Mitsuteru's manga series of the same name. At that time, it was critically acclaimed for its plot development, high quality of production rivalling that of feature length movies, as well as its full orchestra score.

Giant Robo (ジャイアントロボ Jaianto Robo) is a manga by Mitsuteru Yokoyama, in which the huge robot of the same name as the title appears. Tokusatsu, anime, etc. based on this manga were produced.