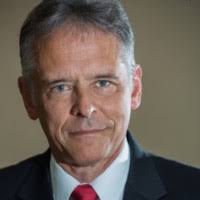 Frederick Speck (b. 1955, Oregon, Ohio) is an American composer. Dr. Speck is Director of Bands and Professor of Music at the University of Louisville, conducts the Wind Symphony, New Music Ensemble, and teaches courses in conducting and composition. The Wind Symphony has been invited to perform at KMEA, CBDNA, MENC, and WASBE conferences throughout the country and abroad.

Dr. Speck’s music has been performed by the Louisville Orchestra, the Denver Symphony, and Speculum Musiciae. He has received commissions from the Barlow Endowment, the National Endowment for the Arts, the Indiana Arts Commission, and the Pennsylvania Council for Arts. He holds B.M. and M.M. degrees from Bowling Green State University, a D.M.A. from the University of Maryland, and is a member of the American Bandmasters Association.