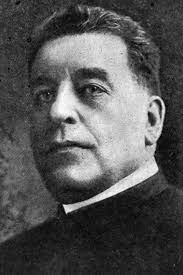 Frederick Innes began playing the trombone at the age of nine. While in his teens, he joined the Life Guards Band, in which his father was a cornetist. He also studied violin, piano, and harmony at the London Conservatory of Music.

Innes believed that the trombone should have a more prominent place as a solo instrument. He was innovative in matters of technique and eventually became one of the great virtuoso trombonists of his time. Like Arthur Pryor, he was often referred to as the "Paganini of the trombone."

He came to Boston in 1874, playing one season in the Howard Street Theatre. He then went to Paris, becoming trombone soloist at the Folies Bergere. From there, he appeared in many of the larger European cities, astounding his audiences with his artistry.

In 1879 and 1880, Jules Levy was receiving considerable attention and fame as Patrick Gilmore's cornet soloist. Because of Levy's vanity, Gilmore went to Europe to locate a soloist who could compete on an artistic level with Levy and "trim his sails." He found that man in Innes, who began to play with Gilmore in 1880, following Levy on the program by playing the identical solo Levy had just finished on the cornet.

Innes left Gilmore in 1887 to play at the exposition in San Francisco but decided to form his own band when financial difficulties arose. After the close of the exposition, he returned to New York, briefly directing the 13th Regiment Band and then organizing his own band. Between 1897 and 1920, this band was considered one of the finest in the world, and like Sousa, Innes introduced the public to many classics that they otherwise would not have heard.

In 1914, he moved to Denver to assume leadership of the Denver Municipal Band, leaving that post in 1923 to head the Conn National School of Music in Chicago.