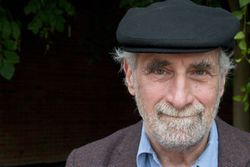 Rzewski began playing piano at age 5. He attended Phillips Academy, then studied at Harvard University with Randall Thompson and Walter Piston and at Princeton University with Walter Piston and Milton Babbitt. He spent the majority of the 1960s as a pianist and teacher in Europe. In addition to studying with Luigi Dallapiccola, he began a career as a performer of new piano music, often with an improvisatory element.

Rzewski has composed music for orchestra, a large number of pieces for chamber ensemble, piano music, vocal music and several pieces which utilize electronic media. His major compositions, which often incorporate social and political themes, include the minimalist Coming Together and the piano variations The People United Will Never Be Defeated! Rzewski's recent compositions include Nanosonatas (2006~2010) and Cadenza con o senza Beethoven (2003), written for Beethoven's Fourth Piano Concerto. Rzewski played the solo part in the world premiere of his piano concerto at the 2013 BBC Proms.