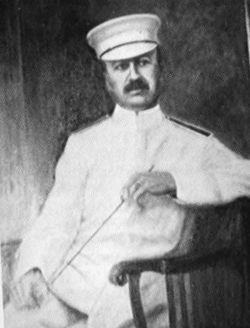 Jewell became interested in music at a young age, learning a number of instruments, including cornet, violin, clarinet, trombone, piano, and calliope. At the age of 16, Jewell ran away from home and joined the Gentry Bros. Dog & Pony Show as a euphonium player. He also played the calliope.

As a performer, Jewell is best remembered as a virtuoso euphonium player. Much of his career was spent playing in or conducting traveling circus bands, including the Gentry Bros. Circus, Ringling Bros. Circus., Sells-Floto Circus, Barnum and Bailey Circus, and Hagenbeck-Wallace Circus. In the off-season he led various theatrical stock company bands, theater orchestras, and church ensembles near his Indiana hometown. From 1917 to 1923 he lived in Iowa and led various adult bands; first in Fairfield, and then Oskaloosa, where he also organized the first high school band in 1919.

Jewell’s first composition was published in 1897; he eventually started his own publishing company (1920) and in total, composed over 100 marches, along with several overtures, waltzes, novelties, and other works. Returning to Indiana in 1923, he led the Murat Temple Shrine Band of Indianapolis, traveled to Tampa to lead its municipal band for a brief period, and spent the balance of his career leading bands in Indiana and composing music. Highly esteemed by his peers, Jewell was elected to membership in the American Bandmasters Association.