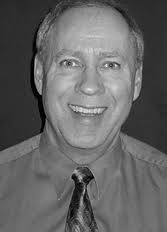 Fraser Linklater (b. 17 January 1954 in Winnipeg, Canada) is a conductor, composer, educator, and clinician.

Now retired from the Desautels Faculty of Music at the University of Manitoba, Dr. Linklater directed the wind ensemble, concert band, and chamber winds and taught courses in music education and conducting from 1999 to 2016.  In 2014, Dr. Linklater was presented with the National Band Award for his contributions to wind bands in Canada.

Since retiring, he has continued to transcribe, arrange, and compose music for wind band.  In 2020, Fraser was awarded the Howard Cable Memorial Prize in Composition by the Canadian Band Association.  As a service to music education, Fraser’s compositions, transcriptions, and music education resources are offered free online at the Manitoba Band Association website (see resources below).