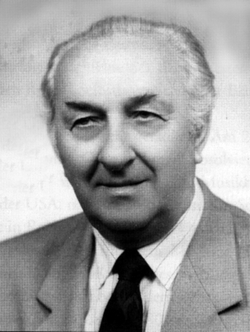 At the age of eight he began learning the violin, later flugelhorn and harmonium. At the age of twelve he played organ in the church and at the age of fifteen he was a member of his father's concert band. During his studies at the commercial college he took private lessons for piano and composition.

Maňas started composing when he was 18 years old. Hearing his tango Když hvězdy záží (When the Stars Shine Bright) played by a concert band, deeply impressed him. As composing tempted him more than playing music, he studied composition in Brno. His waltz Sněženk (Snowdrop) was the beginning of his career as a composer. His brother Václav wrote the lyrics for František's music.

In 1945 Maňas married and moved to Hevlin, a small town near the Austrian border. He worked as organist and founded a concert band that participated very successfully in several nationwide competitions. To establish contact with the music industry, Maňas moved to Brno in 1961. He worked for the Chriana Company for two years and then became archivist at the Czech broadcast, later adjunct technician for the Brno orchestra studio, where he stayed for 20 years. He then was hired to play in a Czech restaurant during a world exhibition in Tokyo.

Neither composing nor playing music were main jobs to Maňas; music was a passion. His connection to his homeland had always been very important in that context. Moravian roots can be heard in his music. Maňas composed not only polkas and waltzes but also concertos and many other works. His ten Southern Moravian Dances, particularly Dance No. 4, are world famous. Maňas also wrote pieces for Roland Kohler and the "Neue Böhmische Blasmusik" that are still popular today.