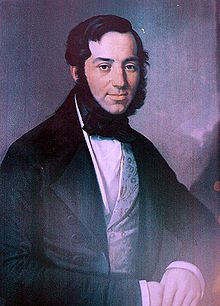 At the age of eleven Škroup moved to Prague where he supported himself as a choir boy and flautist. He continued his schooling at one of the most important Czech national revival movement centres, Hradec Králové, where he was a choirboy at the cathedral. While there he studied with the local choirmaster and composer Franz Volkert. He later moved back to Prague to study at the university.

He became a fairly successful opera and singspiel composer, producing more than a dozen stage works. Among Škroup's part-time jobs was organist at the "Temple of the Israelite Society for Regulated Worship," known since the late nineteen-forties as the "Spanish synagogue." From 1827 Škroup was a conductor at the Estates Theatre in Prague. There he led the Czech premières of many famous works by composers such as Richard Wagner. His last position was as the musical director of the German opera in Dutch Rotterdam.

Škroup's oeuvre consists mainly of Czech and German opera which gained significant local popularity. He also produced an oratorio, a mass, and a few other sacred works. He is best remembered today as the author of the melody for the Czech national anthem Kde domov můj?.