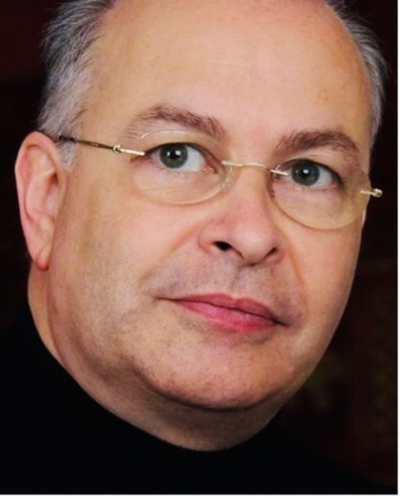 Franco Cesarini (b. 18 April 1961, Bellinzona, Switzerland) is a Swiss composer.

Cesarini started his musical education at the Conservatory of Milan (Italy) studying flute and piano. He continued his studies with Peter-Lukas Graf at the Academy of Music of Basle, and he was awarded his teaching diploma there.

Both as a soloist and as a member of chamber ensembles, Cesarini has won several competitions, including first prize in the Swiss soloist competition in 1981. In 1984 he was awarded a scholarship by the Ernst Göhner-Migros Foundation. Subsequently, he continued his studies with Peter-Lukas Graf, until obtaining his performer's diploma, as well as studying music theory and composition with Robert Suter and Jacques Wildberger and wind band conducting with Felix Hauswirth.

Since 1989 Cesarini has been professor for concert band conducting and orchestration at the "Musikhochschule" in Zurich. And since 1998 he has been the conductor of the "Civica filarmonica di Lugano" and heads the music school in the same city. In 2001 he began teaching composition at the European Intitute for Symphonic Band Studies (ISEB) in Trento (Italy) and concert band conducting at the "Conservatorio della Svizzera Italiana" in Lugano.

Cesarini is a particularly versatile composer. In addition to his compositions for concert bands, his repertoire includes pieces for chamber ensembles, various solo instruments, vocal, string orchestra and symphony orchestra. He is also very much in demand as an adjudicator in both national and international competitions and as a guest conductor.