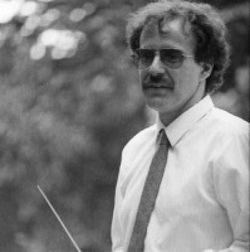 Flourishes, sennets and tuckets are all types of fanfare used by William Shakespeare in his plays to announce the arrival of notable personages or as musical interludes.

Fountains' Flourish is a bright, light, modestly flashy little number. Fountains Abbey is one of the largest monastic ruins in England and is situated near Ripon in North Yorkshire. This lively movement would also be well suited as a wedding interlude or entr’acte.