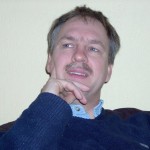 The composer does not view his work in the sense of the esoteric but rather as a musical painting of the major arcana of the Tarot. Arcanum (lat.) stands for the secret, in that "arcanum" is derived from the Latin word arca (box). Everything that is enclosed in a box is not visible from the outside and therefore secret. The major arcana comprise 22 cards that appear in a particular order. This order depicts the spiritual development of human beings and acts as a kind of guide to life. Each of the cards presented here embodies its own musical character, and many of the symbols found on the cards are translated into musical parameters.

Although the depiction of the symbols is a central component of the composition, the work primarily follows the adventurous musical journey of the Fool that begins carefree and with a childlike lightheartedness. Emperor and Empress represent parental influence, whereby the Empress stands for goodness and generosity and the Emperor stands for order and protection. The Hierophant [interpreter of sacred mysteries] embodies the education of worldly and spiritual things. The end of childhood is determined by the longing for love and partnership, symbolized by the Lovers. The Chariot represents the motivation to leave home and experience the new.

The Hermit helps the traveler with advice, allowing him to accept the unexpected turns of Fate’s wheel. As the Hanged Man, his path leads to the inner- or underworld, and Death provides a representation of this transition. Here he meets the Devil, who wants to blind the traveler with illusions. However the Star guides him to his goal, the Moon marks the beginning of his dangerous journey out of the underworld, and the Sun finally greets him. Judgment represents his last obstacle before, with the World, life’s journey comes to a close in self-fulfillment and enlightenment.

Hence all the stages of a life’s path contribute to the development of a human being who knows his own outer and inner strengths and knows how to use them. All insights lead to a continuous spiritual growth of the hero.

This piece is not meant as an esoteric statement, but merely as a musical painting of the first eight cards of the great Arcana from The Tarot. Each card has its own musical character and many of the symbals on the cards are translated into musical parameters.

By making use of these parameters, the coherence of the work grew more and more during the process of writing. Although the use of the symbols on these cards are an important issue, this piece is most of all the adventurous musical journey of the hero in this saga, the Fool; a metaphor for the journey through life, in which each major Arcana card stands for a stage on that journey.