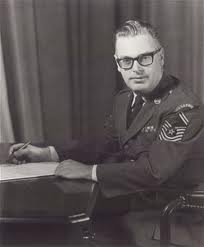 He attended the University of Michigan and studied band techniques with William Revelli. For many years, beginning in 1951, he was chief arranger for the U.S. Air Force Band. In 1967, he began a career as director of music at the Faith United Methodist Church in Rockville, Maryland.

Werle has many band arrangements to his credit, and his original works, while large and important in scope, were written with the enjoyment of both listener and player in mind.