Five Pictures from the Exile 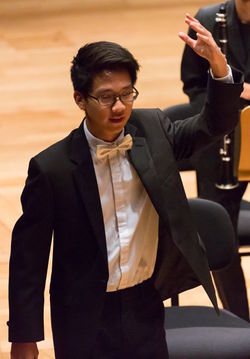 Five Pictures from the Exile was inspired by a Tang Dynasty poem, written by Liu Zhong Yuan, a poet who was credited for the Classical Prose Movement in Chinese literature. Liu, together with four of his peers, were exiled by the imperial government for a failed reformist movement is 815. This poem was written to his four friends in four different prefects. I discovered the poem while reading different writing genres from across Asia. This poem particularly caught my attention due to its succinct yet vivid prose (in Mandarin Chinese) mainly because it follows the characteristics of the Classical Prose Movement. This work attempts to adapt the writing style to music. Five scenes that stood out to me the most were chosen as the basis of five relatively short but dynamic movements.