First Movement from "Symphony No 2" (Borodin) 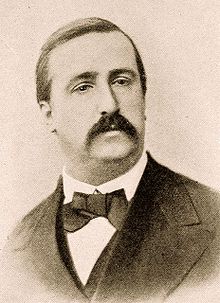 Borodin's busy schedule as a chemist left him little time for writing music, and he dubbed himself a “Sunday composer.” Other than vacations and an occasional weekend, Borodin could only compose when he was too ill to leave home. Given the often frail state of his constitution, those days were quite frequent and not unwelcome, and his musical friends actually wished him sickness rather than health so that could devote himself to his creative work. The Second Symphony was completed while Borodin was confined to bed with an inflamed leg.

Borodin had taken up the cudgel of forging a national musical identity for his native land in 1862, when he became associated with his friend Modeste Mussorgsky and three others in the group of Russian composers known as “The Five.” In 1869, Borodin told Vladimir Stasov, a musicologist and the chief journalistic champion of The Five, that he was interested in composing an opera on a Russian historical topic, and the writer drew up a scenario based on the ancient tales about Prince Igor. Some of the early sketches for Prince Igor, to which Borodin returned throughout his life but never completed, were borrowed for the Second Symphony. Indeed, so much of the mood and matter of the opera found their way into the Symphony that Stasov wrote, “Borodin was haunted when he wrote this Symphony by the picture of feudal Russia, and he tried to paint it in his music.”

Stasov reported that Borodin had specific images in mind when composing this work: the first movement was purportedly inspired by a vision of a gathering of 11th-century warriors; the third by a legendary Slavic minstrel; the finale, featuring approximations of the sounds of ancient instruments, by a hero’s banquet.

The first movement of the Symphony creates a characteristically Russian quality through several techniques: its melodic and harmonic modalism, which evokes a certain oriental or even primitive mood; the vivid brilliance of its scoring, often dominated by the brasses (Borodin and Rimsky-Korsakov had undertaken extensive studies of the military band, and believed that the brass instruments were capable of more virtuosity than had hitherto been required of them); and the elemental rhythmic energy that accumulates around the many repetitions of its craggy opening motive. There are several lyrical episodes in this sonata-form movement, but the music’s dominant impression is one of ferocious and enduring strength.

Arranged for the Goldman Band.