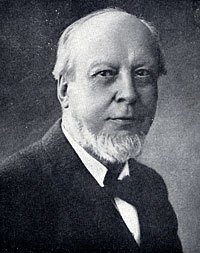 Subtitle: On the American National Air 'The Star-Spangled Banner'

This setting of The Star-Spangled Banner was first harmonized by Dudley Buck in 1887 as part of a larger piece entitled Festival Overture. Although The Star-Spangled Banner was not officially established as the national anthem until 1931, the melody, Anacreon in Heaven, was a popular 18th-century tune that was perfect for Francis Scott Key’s patriotic words in 1812. Dudley Buck set the tune in his Festival Overture to evoke feelings of patriotism.

The Star-Spangled Banner was recognized for official use by the Navy in 1889, and by President Woodrow Wilson in 1916. It was made our country's national anthem by a congressional resolution on March 3, 1931.

In 1879,one of America’s leading American composers, Dudley Buck --a name often neglected today -- wrote a Festival Overture to celebrate Independence Day. The seven-minute piece for full orchestra (with optional chorus) was based on the melody of The Star-Spangled Banner or what the composer called the “American National Air’ Both the national music festival and Key’s patriotic song had long offered winning strategies for Buck, one of America’s pioneering classical composers whose career predates the cultural institutions, universities, and professional orchestras that would more effectively support future generations of American composers.

Just over a decade before the premiere of his Festival Overture, Buck had composed his popular solo organ work Concert Variations on The Star-Spangled Banner (1866, pub. 1868 and recorded by James Kibbie for the Poets & Patriots project). Buck was then commissioned by famed bandleader Patrick Gilmore to compose a festival cantata for the 1872 World Peach Jubilee and International Music Festival. The composer’s resulting Festival Hymn Peace and Music propelled him to public recognition outside the organ and sacred music circles in which he was already recognized. This led to an invitation from the U.S. Centennial Commission to create another festival cantata, this time for the nation’s 100th birthday party -- a huge exposition and arts festival to be held in Philadelphia in 1876. The Centennial Meditation for Columbia, based on a poem by Sidney Lanier, led to further praise and certainly demonstrated to Buck the career value of patriotic festivals to the aspiring American composer at a time before radio, before recording, and when only one of today’s professional ensembles (the New York Philharmonic) had been founded.