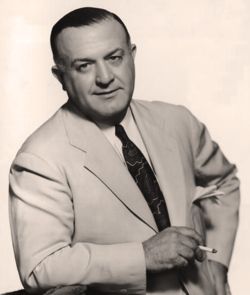 As a performer, Grofé played violin in both the San Francisco Symphony and the Los Angeles Philharmonic, piano for many theater productions, and alto horn in a brass band in the early part of his life. Grofé joined the Paul Whiteman Band in 1920 as arranger and pianist. In the 1930s he was Chief Music Arranger and Composer Laureate for Radio Music Hall as well as a conductor/arranger for radio orchestras. His involvement in concert bands flourished during this time through membership in the American Bandmasters Association.

Grofé is most known for his scoring of Gershwin's Rhapsody in Blue for the work's premiere by George Gershwin and the Paul Whiteman Band.