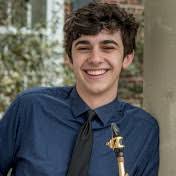 Felo de Se is an archaic legal term, from the Latin "felon of himself," used in English-speaking courtrooms as an official, perhaps detached, way of discussing the act and crime of suicide. Up until the final decade of the 20th century, "felo de se" was punishable by law in the U.S. for those who attempted to take their own lives, even among those who were successful.

In his 1996 novel Infinite Jest, David Foster Wallace wrote that, "No moment is in and of itself unendurable." Though this passage refers specifically to the arduous path of alcoholism rehabilitation, it holds true for any seemingly impossible task made possible if only by moving forward moment by endurable moment. Twelve years later in 2008, Wallace, a longtime sufferer of depression, was found dead in his home on his own terms. At first glance a contradiction to his prior words about the endurability of any moment, this piece of music is my best answer as to why Wallace's words and actions do, in fact, square.

A powerful insight to the world of the "psychotically depressed," Wallace likens depression to standing atop a burning high-rise:

Make no mistake about people who jump from the window of a burning building. Their terror of falling from a great height is still just as great as it would be for you or me standing speculatively at the same window just checking out the view; i.e., the fear of falling remains a constant. The variable here is the other terror, the fire's flames: when the flames get close enough, falling to death becomes the slightly less terrible of two terrors. It's not desiring the fall; it's terror of the flames. And yet nobody down on the sidewalk, looking up and yelling 'Don't!' and 'Hang on!', can understand the jump. Not really. You'd have to have personally been trapped and felt flames to really understand a terror way beyond falling.

Felo de Se, then, is a piece about this terminal choice expressed through five sections directly matching the Kübler-Ross 'Model of Grief', that is: Denial, Anger, Bargaining, Depression and, finally, Acceptance. In Felo de Se, this journey is viewed under two lenses: that of those who have made this terrible decision in their own lives, but also that of those who have suffered loss under such terms, whether at the hands of family, friend, or idol. It is here where I hope to face Wallace's claims on endurability. I want to strip any romantic notions that fighting against suicidal impulses, be they psychotic or literal inescapable flames, is anything like fighting disease, or completing a marathon or any challenge with a clear and definitive finish line. More like Wallace's initial reference to keeping off the bottle, this obstacle cannot necessarily be "beaten". Victory is not a checkerboard flag at the end, but a million moments of perseverance along a road that continues forever onward. Especially in matters of psychotically depressed people, day-to-day being can be an exhausting, albeit endurable, trial. Whether or not one could "do it" was never necessarily in jeopardy. Rather, it becomes an issue of patience and submission to a potentially endless fight. It is my hope to convince you that there is more to life than enduring and to advocate that it is permissible to deny such a cruel fate for oneself. I want to urge you find forgiveness toward those you may know who have already lost. I want to communicate that there is no crime in a felony against one's self.

Felo de Se was originally a brass septet written for a close friend and great trumpet player, Noah Brown. However, after original sketches were scrapped, I re-imagined the work for wind ensemble, a project TCNJ Director of Bands Dr. Eric Laprade was happy to bring to life. It received its premiere in December of 2019.

Since then, it has been revised with future planned performances currently on hold due to COVID-19.