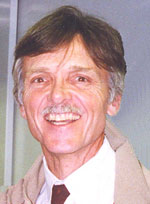 A Father's Dream was composed and then assembled together with Secrets and Rustic Dance to make up Trilogy for Trumpet and Wind Ensemble. In 1992, it was premiered by Bobby Shew and the Verona, Wisconsin High School Symphonic Band led by John Georgeson. Conceived as a separate composition, A Father's Dream provides the young band with a beautiful contemporary work which is a mirror of the inner currents which flow in the mind of a father. It has a beautiful, sentimentally strong solo trumpet melody which is supported by lush chords and embellishing woodwinds centered around the rich tonality of Db Major. Midway through the piece, a tender dream world is portrayed with moving hues of harmonic colorings. The main theme returns, concluding the work a full step higher in Eb Major, thereby providing the feeling of a most satisfying sensitive optimism and joy.