Fanfare for the Uncommon in Common 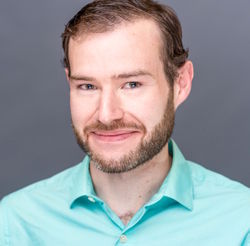 Fanfare for the Uncommon in Common, written for the rightfully esteemed Fred Harris and MIT Wind Ensemble, derives its title both from the (much more) famous Copland fanfare and also from the text on a T-shirt I acquired during MIT’s Campus Preview Weekend several years ago. The phrase “uncommon in common,” in my mind, perfectly sums up the MIT student body, and the MIT community at large. People come to MIT from a wide array of backgrounds, and yet there is something we all share, though sometimes what that is exactly is hard to put into words.

There are two extramusical inspirations for two corresponding musical features. The first is the basic rhythmic motive, quarter-quarter-eighth-eighth-quarter; this pattern of long-long-short-short-long corresponds to the Morse code letters M, I, and T (– – • • –). Heard in the very first measure, this pattern is a rhythmic driver of the piece, to say the least. The second musical feature originates in the title itself. The main theme, first played in measure 35, is supported by a series of chords, which constitute an uncommon progression from a traditional point of view but are linked by the note they have in common.