Fanfare for My Brother 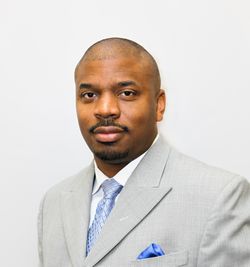 Demondrae Thurman is a name that reverberates throughout the euphonium community with the highest authority. After finally meeting him in person in 2007, one would have thought we had been friends for our entire lives. After finding out I was a composer and a euphoniumist, Dr. Thurman asked me to write him a concerto and asked for some of my work. Because of that gesture, Dr. Thurman was one of the first to perform my wind band literature while director of bands at Sanford University. I was so humbled by his kindness. When he told me that he was about to work at Indiana University, I jumped for joy. I felt as though IU made the biggest first round pick in history since LeBron James entered the NBA. This was so huge for an African American musician and the euphonium world.

In a passing conversation, Dr. Thurman had told me about how he was selecting repertoire for orchestra brass literature that included euphonium. This topic has always been a “thorn in the side” for euphoniumists worldwide, especially for me as a composer. Although I knew they would probably never be played, I would write orchestra music with euphonium in college hoping one day the orchestra world would fall in love with instrument. Reflecting on that “pain,” I told Dr. Thurman I was going to rework a piece specifically just for him to conduct and called his own. I reached in my vault and thoroughly revised a piece originally called Water to Wine to Fanfare for My Brother to show my gratitude to someone who truly is my “Brother from another mother.”