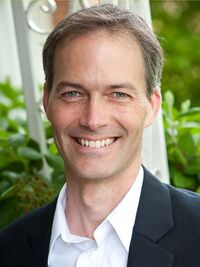 It is with pride and gratitude that I can announce that my Fanfare for Democracy will be premiered on January 20, 2021, at the United States Capitol, for the Inauguration of President Joe Biden and Vice-President Kamala Harris. The fanfare will be performed by “The President’s Own” United States Marine Band, and will be conducted by Col. Jason K. Fettig.

I am honored and humbled to be a part of such a historic event.

I was inspired to write on November 7, 2020, when reflecting on the democratic process. Like so many in this country, when the announcement of the election occurred this past Saturday, there was an overwhelming sense of relief that there was finally some closure.

Given the abnormally beautiful weather (70 degrees in Chicago in November!), my wife Sally and I decided to take the dog on a long walk. Everyone was out, and there was such energy in the air. During the walk, I just couldn't get the music out of my head. I knew I had to write something celebratory.

We called some friends, and met for lunch and beers, and that's when I posted about potentially writing a fanfare. I was totally surprised by the support the idea received, and that's when I knew I HAD to write this piece. That afternoon - and a couple of beers in - I immediately went to work. We had plans that evening, but by Sunday morning, Fanfare for Democracy was completed.