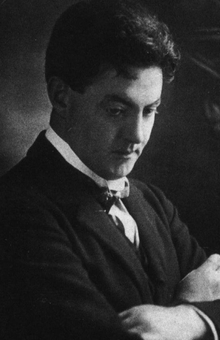 The Fair-Day was composed by Hamilton Harty in 1904, as the second movement of his Irish Symphony. The composer included the following notes for the work:

“This work is an attempt to produce a symphony in the Irish idiom, and it has, for poetical basis, scenes and moods intimately connected with the north of Ireland countryside to which the composer belongs. The themes have therefore been given a characteristically Irish turn; often based on traditional melodies.

“‘The Fair-Day’ —horses and cattle—noise and dust—swearing, bargaining men. A recruiting sergeant with his gay ribbons, and the primitive village band. In the market place, old women selling ginger bread and 'yellow boy' and sweet fizzy drinks. A battered merry-go-round.”

The movement begins with the reel called The Blackberry Blossom and leads into The Girl I Left Behind Me. Harty scored the latter tune in fifths so that it sounds as if it is being played in two keys simultaneously, in imitation of flute bands he had heard in the north of Ireland, in which instruments of different pitches played the same tune together.

Sir Hamilton Harty, using the traditional folk tunes The Blackberry Blossom and The Girl I Left Behind Me, painted a charming picture of turn-of-the-century life in rural Northern Ireland. The Fair-Day is the second movement of Harty’s Irish Symphony.

It is with great pride that the VanderCook Symphonic Band showcases alumnus Mark Grauer’s (MMed 2004) brilliant new concert band setting that captures all the sparkle and wit of the original.