Evidence of things not seen, the 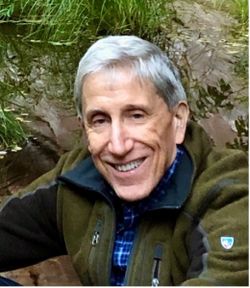 This work is one movement of the composer's Air Mosaic. The title is intentionally written in lower case.

The musical basis for the evidence of things not seen was the hymn tune Prospect, found in Southern Harmony (1835), a collection of tunes, hymns, psalms, odes and anthems attributed to William Walker. The composer writes the following about the title's implication:

The title interests me for its premise that there are unseen events. Music, while invisible, is still discussed in terms of form – almost as if it were a concrete entity. Yet for the listener it remains unseen. Since the theme is sacred, it also seemed appropriate to use a sacred reference in the title (Hebrews 11:1), though most people are not aware of its origin. The text I association with the Prospect melody is The Lone Wild Bird from a choral arrangement of the tune by David N. Johnson. That text is from the same period of Prospect.