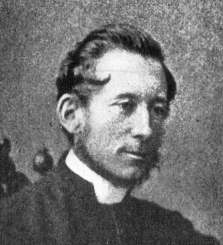 Also known as The Navy Hymn

Eternal Father, Strong to Save, based on a poem by William Whiting and set to music by John Bacchus Dykes in 1861, has long been associated with the United States and British Royal Navy, and has come to be known as the Navy Hymn. It is often performed at funerals and other solemn occasions, and over the years new verses have been written to acknowledge specific occupations within the military. There are currently stanzas recognizing SEALs, doctors, and even astronauts.

Eternal Father, Strong to Save is a hymn traditionally associated with seafarers, particularly in the maritime armed services. Written in 1860, its author William Whiting was inspired by the dangers of the sea described in Psalm 107. It was popularized by the Royal Navy and the United States Navy in the late 19th century, and variations of it were soon adopted by many branches of the armed services in the United Kingdom and the United States. Services who have adapted the hymn include the Royal Marines, Royal Air Force, the British Army, the United States Coast Guard and the United States Marine Corps, as well as many navies of the British Commonwealth. Accordingly, it is known by many names, variously referred to as Melita, the Hymn of Her Majesty's Armed Forces, the Royal Navy Hymn, the United States Navy Hymn (or just The Navy Hymn), and sometimes by the last line of its first verse, "For Those in Peril on the Sea". The hymn has a long tradition in civilian maritime contexts as well, being regularly invoked by ship's chaplains and sung during services on ocean crossings.