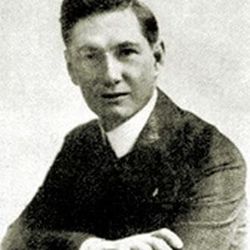 His nascent career was much buoyed by James J. Walker, then a state senator of New York, asked Ball to write music for some lyrics he wrote. Ball did, and the song Will You Love Me In December as You Do In May? became a hit. Walker later became known as "Dapper Jimmy Walker", Mayor of New York City, a fortunate event for Ball's career.

Ball accompanied singers, sang in vaudeville and wrote sentimental ballads, mostly with Irish themes. He collaborated with Chauncey Olcott on many songs including When Irish Eyes Are Smiling, for which Olcott wrote the lyrics. Ball wrote other Irish favorites like Mother Machree, and A Little Bit of Heaven, as well as Dear Little Boy of Mine, and Let the Rest of the World Go By. He also worked with J. Keirn Brennan on songs like For Dixie and Uncle Sam and Good Bye, Good Luck, God Bless You.

He became a charter member of ASCAP in 1907, and wrote many American standards. He was also a fine pianist, and his playing is preserved on several piano roll recordings he made for the Vocalstyle company, based in his home state of Ohio.

He died just after walking off stage at the Yost Theater in Santa Ana, California while on tour with "Ernie Ball and His Gang", an act starring Ball and a male octet. Ball was posthumously inducted into the Songwriters Hall of Fame in 1970.