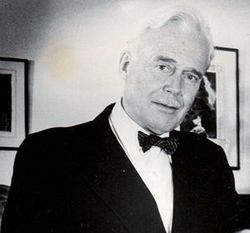 The young Erik was born into a Salvation Army family, and for most of his life he was affiliated with that organization in one way or another. He began playing the E-flat flugelhorn at the age of six and soon studied flute, violin, and piano. When nine, he joined the Danish Staff Band as a flugelhorn player. He left school at age 14 and worked briefly as a cashier at the Salvation Army headquarters in Copenhagen, Denmark, and then returned to Stockholm to perform with the Swedish Staff Band.

For a few months in 1910, he abandoned music and worked as a seaman on the Swedish sailing vessel Signal. He returned to music in 1912 and was admitted to the Royal Music Academy (Sweden) on a scholarship, concentrating on organ. He completed his studies with honors in 1914.

To avoid compulsory military service, Leidzén immigrated to the United States in 1915. While a member of the New York No. 2 Corps Band, he taught music privately and worked as a copyist with the G. Schirmer music publishing company in New York City.

In 1919, Leidzén, his wife and daughter moved to Jamestown, New York, where he led the Jamestown Corps No. 2 Band. Valborg was in poor health, so Erik was denied the opportunity to take officer's training in the Army. The family moved back to Sweden, where he did writing and translation for the Swedish War Cry. Afer his wife's death in 1923, Leidzén moved back to New York and married Maria Sundstrom, another Salvationist who had emigrated from Sweden.

In July, 1923, Leidzén was appointed director of the New England Staff Band in Boston, and the band became one of the most highly regarded Army bands. He moved back to New York City in 1926, teaching privately, directing several Army music groups, and commuting to Washington, D.C., to work with the National Capital Band. He served in these or other capacities until 1933, when he clashed with Army Commander Evangeline Booth over music matters. Thereafter, his Army activities were sharply reduced.

That same year, he began an association with Edwin Franko Goldman. Goldman commissioned him to make numerous transcriptions and arrangements. These, coupled with his original compositions, began to bring him international acclaim. He also taught or lectured at the Ernest Williams School of Music, Baldwin Wallace College, Potstown State Teachers College, New York University, the University of Michigan Summer School, the National Music Camp (Interlochen), and Salvation Army camps. For a short period, he also directed the Army Corporation Band (Brooklyn).

Leidzén was gradually reconciled with the Salvation Army, beginning in 1947, on a positive but limited basis. Because of his renown as a composer, arranger, and conductor, he was widely sought after as a guest conductor and adjudicator.

Leidzén was a multi-talented man. An artist and a writer, he was fluent in many languages. It was for his music, however, that he joined the ranks of band immortals. His music works took many forms, many of which had a profoundly sacred nature. He also composed numerous vocal works and even wrote a few Tin Pan Alley love songs in the early 1920s under the pseudonym William Kelly.

It has been well established that Leidzén's treatment of several of Edwin Franko Goldman's works accounts for their success. Often, he developed them from bare skeleton sketches. His treatment of the music of Ernest Williams was often even more extensive, and recent investigations have revealed that Leidzén possibly ghost-wrote many of Williams' pieces from scratch, even the Symphony in C Minor.

Several outstanding band authorities have stated that Erik Leidzén was a true musical genius and that during his lifetime he had few if any equals as an arranger of band works.