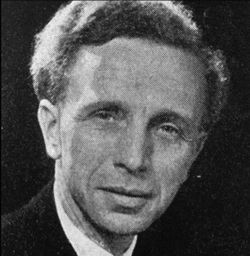 Ball's parents were affiliated with the Salvation Army and encouraged his interest in music while he was young. He joined a Salvation Army young people’s band as a trombonist and also studied piano.

After World War I, he studied organ in Dartford. He joined the editorial department of the Salvation Army in 1921 and began composing, arranging, and editing a wide variety of vocal and instrumental music. In 1927, he became an officer and helped organize the Salvationist Publishing and Supplies Band, which he led for several years.

In 1942, he was appointed leader of the International Staff Band but left after a brief period to tour with an ensemble that entertained troops during World War II. In 1946, Ball conducted the Brighouse and Rastrick Band at the Royal Albert Hall in the winning performance at the National Brass Band Championships. Derek Garside, a member of that band, recalled the impact Eric Ball made on him and the band: “As well as Eric Ball’s sensitivity and vast musical knowledge, he brought a sense of stature and presence in front of the band and was always ready to listen and help in any way he could.”

Eric Ball was in constant demand as a guest conductor and to prepare and conduct brass bands at contests. He was conductor of the CWS (Manchester) Band, and guided them to wins at the British Open Championship (1948 and in 1952). In 1951, Ball conducted the winning band in his own composition, The Conquerors. This is an achievement that has yet to be equaled. Most of his compositions were written for brass band, including six popular test pieces and numerous concert works and marches. He also composed a large amount of church music. The National Youth Brass Band was founded in 1952, and Ball was soon engaged guest conductor and teacher there. He also led the City of Coventry Band. Ball lectured, guest-conducted, and adjudicated brass band contests in Europe, Australia, and New Zealand. From 1951-1967, he edited The British Bandsman.