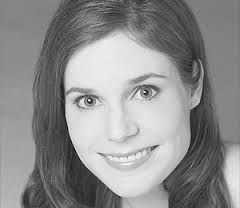 This groove-oriented and tightly composed work begins with its musical subject played out in canon between the marimba and vibraphone. Almost immediately, the winds take up fragments of the material, spinning them out into their own themes and rhythmic grooves. The first large section of the piece closes with an angular “shout chorus” before moving into a contrasting, relaxed groove in clarinets and saxophones.

After this section comes to a close, a transition prepares for the return of the initial material in vibes, now “hidden” under the prevailing rhythmic material in the winds. Not until the very end of piece does this material become readily apparent, as dynamics and rhythmic activity begin winding own. By the time the initial subject becomes readily apparent, the work ends – closing as it begun – with its initial melodic gesture.

Joni Greene completed Enigma Machine in January 2013, dedicating it to Paul Popiel and the University of Kansas Wind Ensemble.