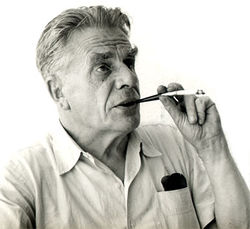 Empúries, among other things, was a town on the Mediterranean coast of the Catalan comarca of Alt Empordà in Catalonia, Spain. It was founded in 575 BC by Greek colonists from Phocaea with the name of Ἐμπόριον.

The sardana is a traditional Spanish dance which is danced in a circle while holding hands, and is native to the Spanish region of Catalonia. It originated in the historical region of Empordá, in the northeast of the Catalán region, but became popular across Catalonia during the 20th Century.

Eduard Toldrà, conductor, violinist and composer, founded the Orquestra Municipal de Barcelona in 1944 and served as its music director until his death. His oeuvre consists of a hundred compositions, including an opera, two string quartets, several dozen songs and over thirty sardanes (the traditional Catalan dance). This sardana was originally scored for symphony orchestra and arranged for band by Lamote de Grignon himself.