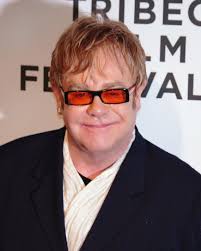 Elton John learned to play piano at an early age, and by 1962 had formed Bluesology. John met his songwriting partner, Bernie Taupin, in 1967, after they had both answered an advert for songwriters. For two years they wrote songs for other artists, including Roger Cook and Lulu, and John also worked as a session musician for artists such as the Hollies and the Scaffold. In 1968 his debut album, Empty Sky, was released. In 1970 a single, Your Song, from his second album, Elton John, reached the top ten in the UK and the US, his first hit single.

He has worked with lyricist Bernie Taupin as his songwriting partner since 1967; they have collaborated on more than 30 albums to date. In his five-decade career Elton John has sold more than 300 million records, making him one of the best-selling music artists in the world.

He has received six Grammy Awards, five Brit Awards – winning two awards for Outstanding Contribution to Music and the first Brits Icon in 2013 for his "lasting impact on British culture", an Academy Award, a Golden Globe Award, a Tony Award, a Disney Legend award, and the Kennedy Center Honors in 2004.

Having been named a Commander of the Order of the British Empire in 1996, John was made a Knight Bachelor by Elizabeth II for "services to music and charitable services" in 1998. He has been heavily involved in the fight against AIDS since the late 1980s and continues to be a champion for LGBT social movements worldwide and same-sex marriage.