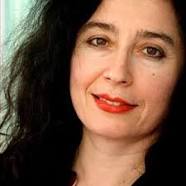 Elena Kats-Chernin studied at the Yaroslavl Music School and the Gnesin Musical College in Moscow from age 14, and migrated to Australia in 1975, continuing her studies at the Sydney Conservatorium of Music, under Richard Toop (composition) and Gordon Watson (piano). She also participated in the Darlinghurst underground theatre scene, with groups such as Cabaret Conspiracy, Fifi Lamour, Boom Boom La Burn and others, often under the name Elena Chernin.

Kats-Chernin studied with Helmut Lachenmann in Germany. She remained in Europe for 13 years, and became active in theatre and ballet, composing for state theatres in Berlin, Vienna, Hamburg and Bochum. In 1993 she wrote Clocks for the Ensemble Modern.

Since returning to Australia in 1994, Kats-Chernin has written six operas (as of December 2015), two piano concertos and compositions for many performers and ensembles, including The Seymour Group, The Song Company, and the Sydney Alpha Ensemble. She was also commissioned to write a piece, Page Turn, for the 2000 Sydney International Piano Competition. Her music was featured at the opening ceremonies of both the 2000 Sydney Olympic Games and the 2003 Rugby World Cup. She also wrote three silent film soundtracks for a co-production between German/French TV channels ZDF/ARTE.

She has won numerous music composition prizes in Australia, and her pieces are regularly broadcast on ABC Classic FM radio.

Kats-Chernin has written a number of ragtime pieces for piano; one of these, Russian Rag, was used in two different instrumental ensemble arrangements, as the theme of Late Night Live until 2010. It is also used as the New York theme in Adam Elliot's feature film, Mary and Max.