Elegy for a Young American 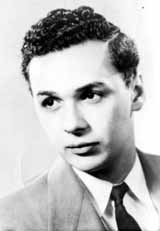 Elegy for a Young American was written in 1964 and is dedicated to the memory of President John F. Kennedy. The Indiana Wind Ensemble, with Daniel DiCicco conducting, premiered the work in April of that same year.

Except for a ten-measure allegro near the end, the tempo of the entire work is a slow adagio. Contrast and balance are achieved by solo instruments alternating with small sections of instruments and with the sound of the full band. A simple scalar motif in the opening clarinet develops through the elegy, giving the listener a full musical experience of pain, grief, and loss. The ending chimes leave us with a sense of acceptance and peace.

Written to honor the memory of President John F. Kennedy, this somber work has been a staple in the repertoire for many years and is on most lists as one of the top pieces in literature. It is our hope that by this re-promotion, a new generation of band directors and musicians will become familiar with this classic work.

Elegy for a Young American is a testament to the vision and commitment of our 35th president, as well as a deeply emotional meditation on his tragic passing. The work is often described as moving through the various stages of grief: denial, anger, bargaining, depression, and acceptance. Interestingly, the idea of a codified progression of grief was not put forward until 1969, five years after the premiere, but there is no doubt that the piece travels through many of the emotional states felt by so many Americans in November of 1963. Gentle, homophonic choruses give way to discordant outbursts and massive climaxes as the composer struggles to make sense of Kennedy’s death. Finally, the anguish settles into a peaceful resolution, suggesting that even in the face of tragedy there is some room for acceptance.