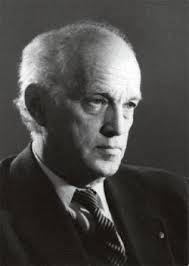 He was 17 when he began studies at the Sibelius Academy in Helsinki in 1933. Already a considerable pianist, he continued his studies with Martti Paavola and Ernst Linko while studying composition with Bengt Carlson and Selim Palmgren. Following his graduation in 1941, Englund was conscripted into military service. During his time in the Finnish Continuation War he was wounded in his hand, which almost brought to an end his hopes of pursuing a career as a concert pianist.

Perhaps the most important Finnish symphonist since Jean Sibelius, Englund was a native Swedish speaker who often felt that his career was sidelined from the mainstream of Finnish music. Englund's first work for large orchestra was his First Symphony (1946), which became known as the "War Symphony.'" This was no apprentice piece; the use of counterpoint, dissonance and orchestration of singular clarity reveals a master at work. His Second Symphony, the "Blackbird Symphony", soon followed the first.

In 1949 Englund was awarded a grant to study in the United States with Aaron Copland, and he also played jazz with Leonard Bernstein. It has been suggested that Englund's study with the American master consisted of discussions about music and composition, Copland having realized that there was little he could teach the younger man.

Throughout the 1950s he produced a series of large-scale works including Sinuhe, a ballet (1953) originally for piano though later orchestrated, and Odysseus (1959), written for the Swedish dancer and choreographer Brigit Cullberg, a cello concerto (1954) and the First Piano Concerto (1955), as well as film scores and incidental music. His score for Erik Blomberg’s Valkoinen peura (The White Reindeer), which won a Jussi Award (the Finnish Oscar), and his score for Max Frisch’s play The Great Wall of China are particularly notable. He composed music for twenty films, as well as works for choir including the Hymnus Sepulcralis (1975).

During the 1950s, with his second wife, the singer Maynie Sirén, he performed a cabaret act; he was music critic of the Swedish-language Hufvudstadsbladet, and he taught at the Sibelius Academy from 1958 until 1982.

His Third Symphony (1971) appeared 23 years after his second and signalled his return to composition; he had written only a few works during the 1960s. There soon followed his Fourth (1976) and Fifth Symphonies (1977) and the Concerto for Twelve Cellos (1981).

Englund’s Sixth Symphony (1984), subtitled "Aphorisms," is in six movements for chorus and orchestra; his last symphony, the Seventh, was composed in 1988, coinciding with the onset of the heart disease that signalled a decline in health and would ultimately lead to his death. His Clarinet Concerto of 1991 was completed shortly before a stroke rendered further composition physically impossible.

Englund also composed chamber music, including a suite for solo cello and a sonata for cello and piano; there are also works for violin and piano, solo trombone, and solo piano. His memoirs, I Skuggan av Sibelius (In the Shadow of Sibelius), were published in 1997.