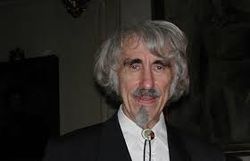 Hovland studied at the Oslo conservatory with Arild Sandvold and Bjarne Brustad, in Copenhagen with Vagn Holmboe, at Tanglewood with Aaron Copland, and in Florence with Luigi Dallapiccola. He was the organist and choir leader in Fredrikstad from 1949 until his death.

His many works include two symphonies, a concerto for trumpet and strings, Music for Ten Instruments, a set of variations for two pianos, and a lament for orchestra. His sacred works include a Norwegian Te Deum, a Gloria, a Magnificat, and numerous works for organ, and he was one of the most noted church composers of Norway.

He wrote in diverse styles, including Norwegian-Romantic, Gregorian, neo-classical, twelve-tone, aleatoric, and serial. In honor of his work as a composer and organist, in 1983 he was knighted into the Royal Norwegian Order of St. Olav. In 1992, he received the Fritt Ord Honorary Award. He was one of the most productive contemporary Norwegian composers.