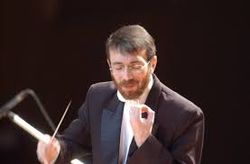 Since 1994 he has been conductor of the Symphonic Wind Orchestra of the Campos do Jordão Winter Festival. He is the founder and conductor of the Orquestra Sinfonica Jovem do Conservatorio Dramatico Musical Dr. Carlos Campos in Tatuí.At Tatuí's Dramatic and Musical Conservatory he is coordinator for the wood section and teacher of flute, chamber music and composition.