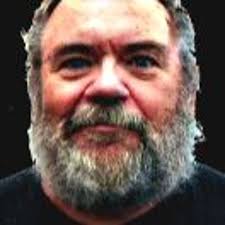 Williams obtained a bachelor's degree in composition from Duke University in 1971, then obtained a master's degree at Columbia University in 1973, studying with Charles Wuorinen, Mario Davidovsky, and Harvey Sollberger. He then matriculated at Princeton, where he received a master's in fine arts in 1977 and a Ph.D. in 1982, studying with Milton Babbitt and J.K. Randall.

Williams has had wide experience as a teacher and conductor. He has served on the music faculty at the University of California at Davis (visiting lecturer, 1978-1979), as well as the College of William and Mary. At William and Mary, he served as assistant professor of music (1979-1984), associate professor of music (1984-present), and chairman of the music department (1986-1987).

Williams has written music for chamber ensembles, vocal and instrumental solo pieces, and music for orchestra and band/wind ensemble. Williams's compositional work is noted for its orchestrational and timbral complexity, and its use of pitch collections as melodic and thematic elements. He was one of four winners at the East/West Artist International Competition for Composers (1980), a featured composer at Music of Our Time - A Festival of Contemporary Music at James Madison University (1985), and a selected composer at the Institut de Recherche et Coordination Acoustique/Musique, held at the Centre Georges-Pompidou, in Paris, France (1987). He is a founding member of the Virginia Composers Guild and has held memberships in the Southeastern Composers League, the College Music Society, and the American Society of University Composers.

Williams is also the author of several articles and books on music, including Harmony and Voice Leading and Introduction to Music.