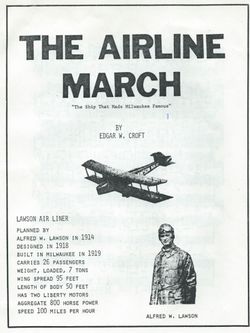 The people of Zion City, Illinois, were major investors in the first airliner in the United States. Edgar Croft seemed to have been the point man for the investing group. He was a reporter for The Chicago American newspaper.