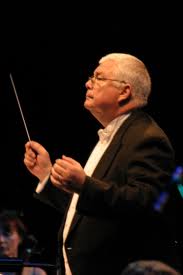 Eatons Hill is a march dedicated to the memory of Neil A. Kjos Jr., and was commissioned by the North Shore Primary School Band Festival in Sydney Australia. Neil Kjos was one of the most influential music publishers of educational music in the 20th century and was very supportive of my work for the Kjos Music Company. I appreciated his encouragement and his warm spirit.

The tile of the march, Eatons Hill, comes from the area in Brisbane where I live, a beautiful part of the world with rolling hills and dense bush. The style of the march is indicative of the writers I grew up with — Sousa, Alford, and the great writers of the Salvation Army - who were my main influences in my early years as a composer for brass and concert bands

Accuracy of rhythmic figures and a good pulse is essential throughout. Attention to dynamics and articulation will give the work extra “punch.”