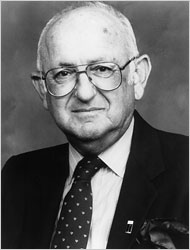 As a boy, Hagen moved with his family to Los Angeles, California, where he learned to play the trombone in junior high school, and graduated from Hollywood High School. At age 16, he left home to join traveling big bands, playing with Tommy Dorsey, Benny Goodman and Ray Noble. While on the road with Noble in 1939, he wrote Harlem Nocturne as a tribute to Duke Ellington and Johnny Hodges.[

Hagen began teaching trombone in the 1930s in order to make extra money. In 1940, he went to work for CBS as a staff musician, then enlisted in the military in 1941. Hagen was an orchestrator and arranger for motion picture studio 20th Century Fox in the 1940s and early 1950s, and worked on films like Call Me Madam, Gentlemen Prefer Blondes and Carousel. He began writing for television when he left Fox in 1952 with partner Herbert W. Spencer. Hagen's most ambitious body of work came from his work on I Spy, for which he won an Emmy in 1968.

At the end of his life he continued teaching and wrote books on music arranging and scoring. He wrote one of the first textbooks on scoring, Scoring for Films: A Complete Text. In 2000, he published his autobiography, Memoirs of a Famous Composer Nobody Ever Heard Of.