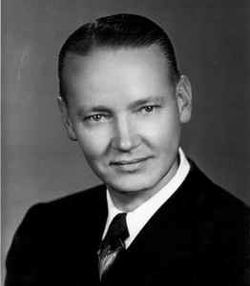 Dr. Hatch started his career as snare drummer at six, and trap drummer with the Theater Orchestra at the age of 10. He first played marimba solo with pit orchestra in a local theater. During his tenure, there was an incident in which his mallet head accidentally hit an audience member between her eyes, to which local paper jokingly named him "Dead Eye, the Mallet Slinger."

He learned piano at 15, and went on the road with a six-piece jazz band as a piano player. After that, his long music career continued until his death, including Walt Disney percussion and its management jobs and at other movie companies. His own designed bass marimba can be heard in the movies such as Dr. Zhivago, The Sound of Music and The King and I. Before he died, he had been an honorary member of the Japan Xylophone Association for many years.

Dr. Earl Hatch was given an honorary doctorate of music in February, 1988. More than 600 pieces of music (both compositions and arrangements) remain in his private library. Dr. Hatch passed away at 90 years old, having brought up so many good professional players all over the United States.