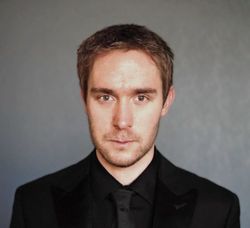 Dum Spiro Spero takes its title from a Latin phrase meaning “While I breathe, I hope.” When I read that phrase for the first time, I was taken aback by the incredible amount of power it held and immediately knew it would be the basis for a new piece.

When I started writing, my goal was to write something as deeply emotional and human as the title was. The result was a series of simple melodies supported by some of the most colorful orchestration and harmonies I’ve ever written. From the lush opening, the gentle singing, and ultimately the triumphal climax, the human quality to the music is what I think gives Dum Spiro Spero a powerful sense of grace and splendor.

It is dedicated to Casey Cropp, the man who has served as a mentor and friend for much of my musical career.

Dum Spiro Spero was commissioned by director Casey Cropp and the Rocky Mountain High School Winds Ensemble in 2009. The piece premiered on January 28th, 2010, at the Colorado Music Educators' Association Conference in Colorado Springs, Colo., with the composer conducting.