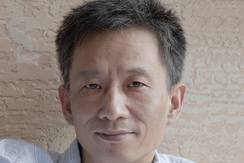 The title of this work also appears as Come, Drink One More Cup.

A remarkable and unique selection by one of China's best-known wind ensemble composers, Come, Drink One More Cup is inspired by a classical poem about the pain of parting. Employing a musical language that deftly mixes the traditional sounds of Chinese music --- including a number of Chinese percussion instruments -- with modern compositional technique, the piece will transport audiences to a different land. Filled with stunningly beautiful pentatonic melodies and vast, open vistas of musical space, Mr. Chen's creation offers something for everyone.

Inspired by the famous poem by the well-known Tang poet and musician Wang Wei, this song has many different versions. The main theme is from Parting at the Yang-gian Gate by Zhang-He of the Qin Dynasty (1867). Wang Wei wrote the poem when he said goodbye to his friend to serve in the army at Weicheng, a small town in Yangguan neighboring the border. The poem expresses sadness, loneliness, and deep sorrow because they may never see each other again.

The morning rain at Weicheng dampens the light dust
All the houses and willows look fresh after the rain,
Come, drink one more cup of wine before you leave
After you go west to Yangguan, there will be no more friends.